The People and Activities of the community 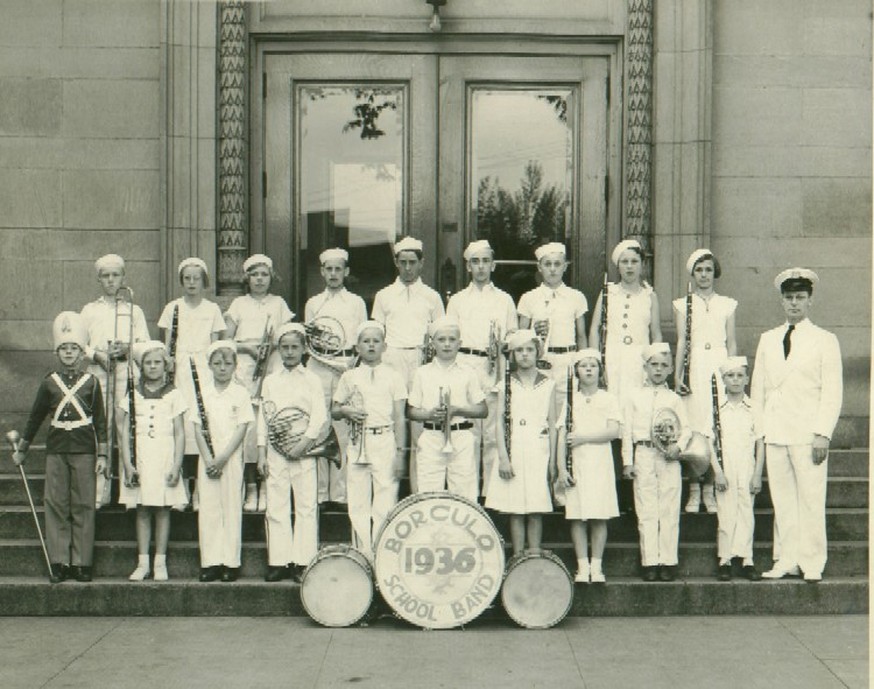 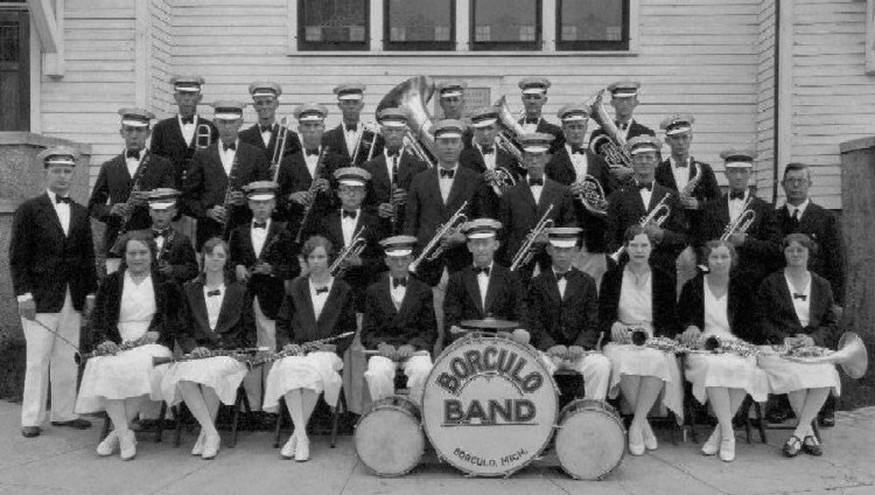 These names were compiled by Delia Essenburg and Katie (Essenburg) De Roo 1991.
Submitted by Robert Essenburg. 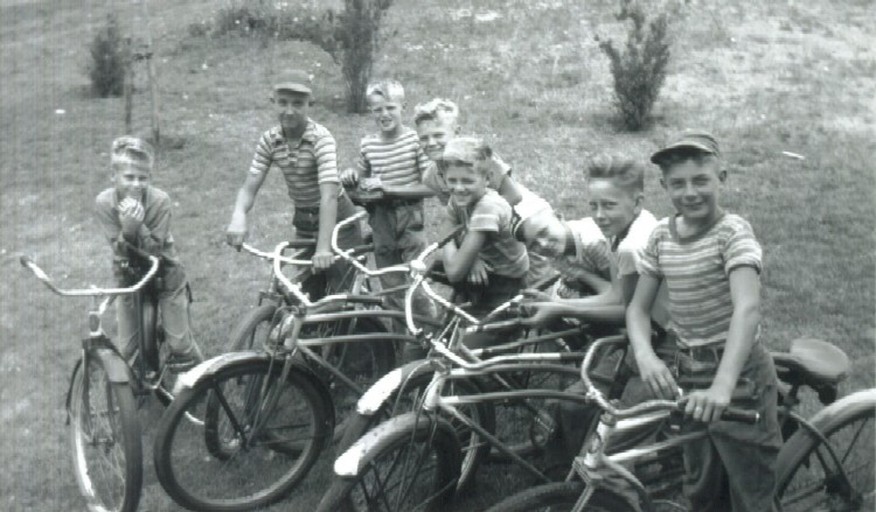 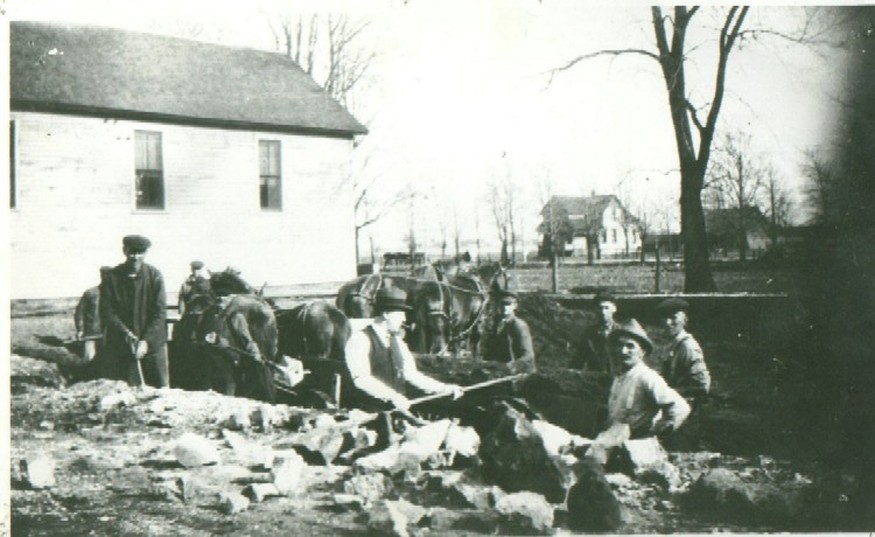 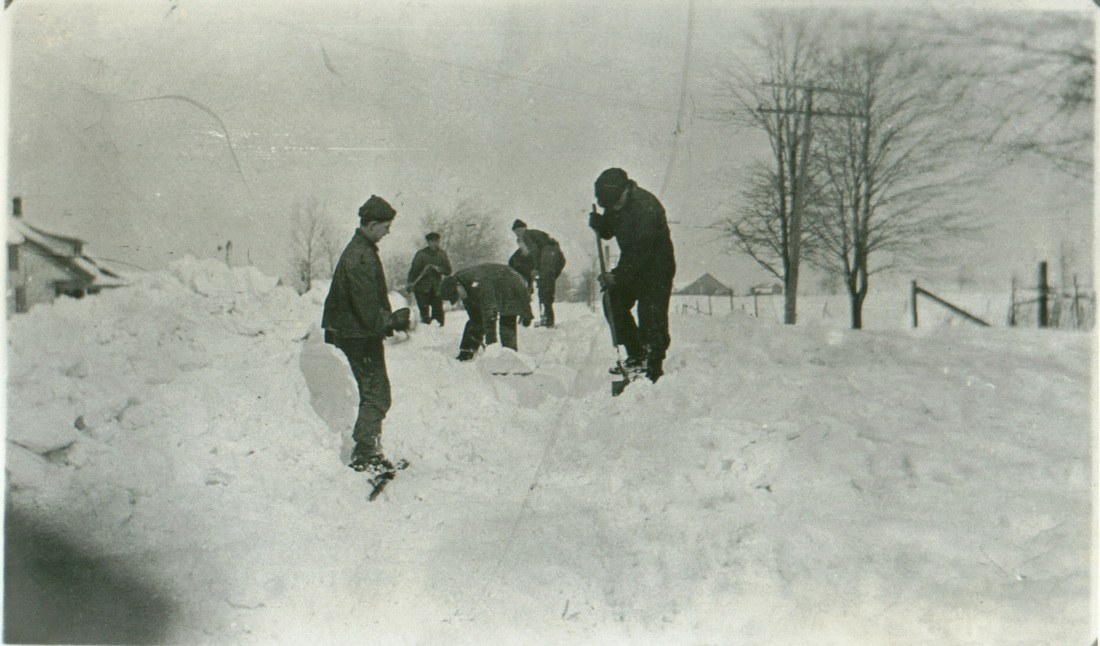 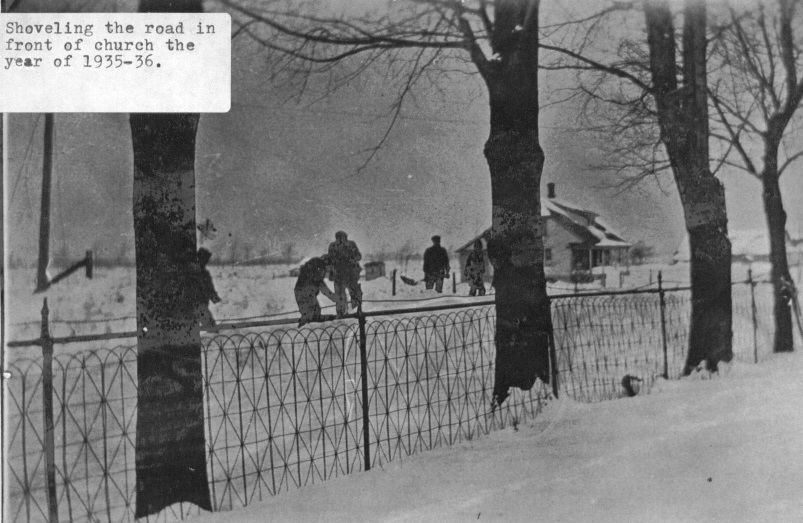 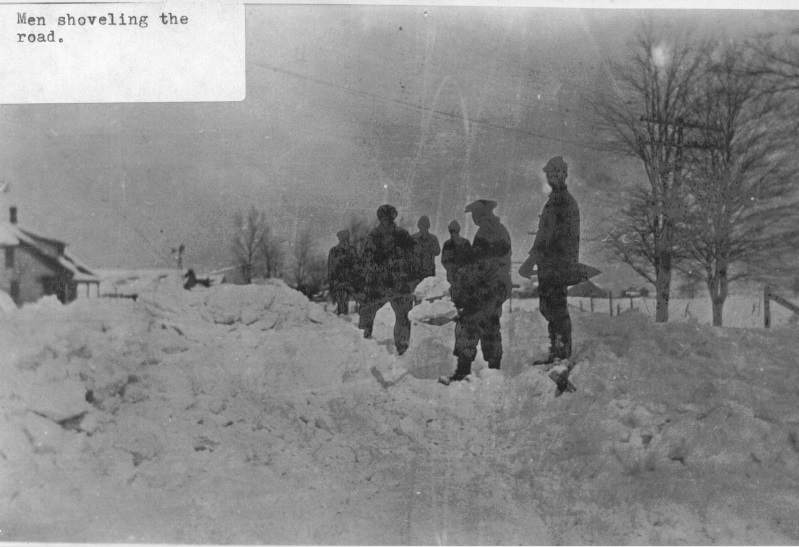 In 1936 the snow on 96th St was too deep for plows, so many worked with showers to clear the road.  The three pictures above record the situation 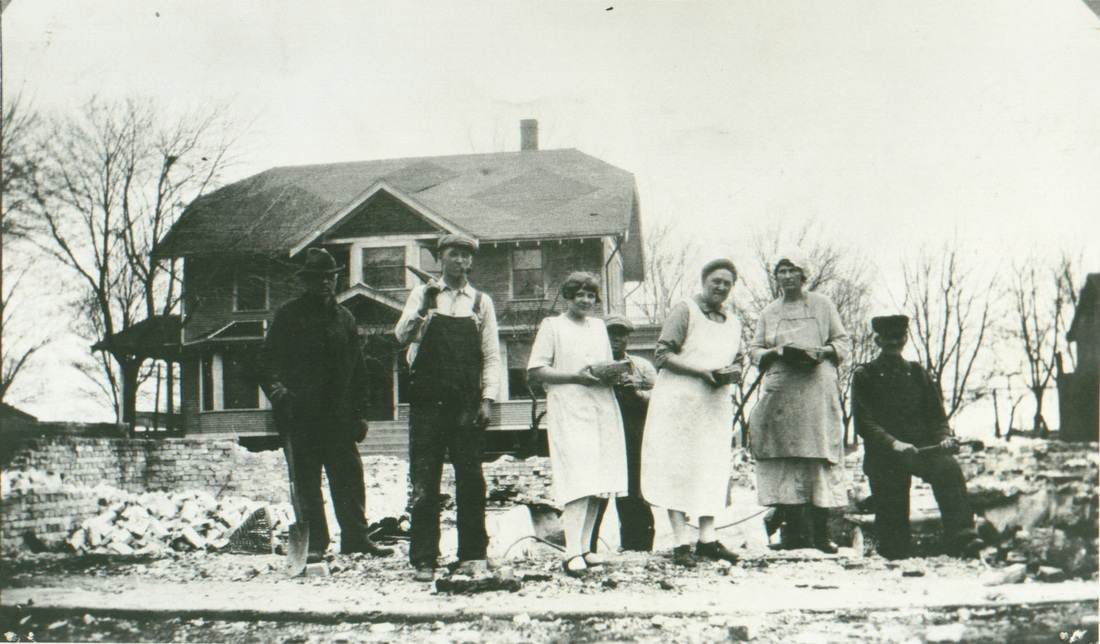 Taken at the building of the Borculo Parsonage. 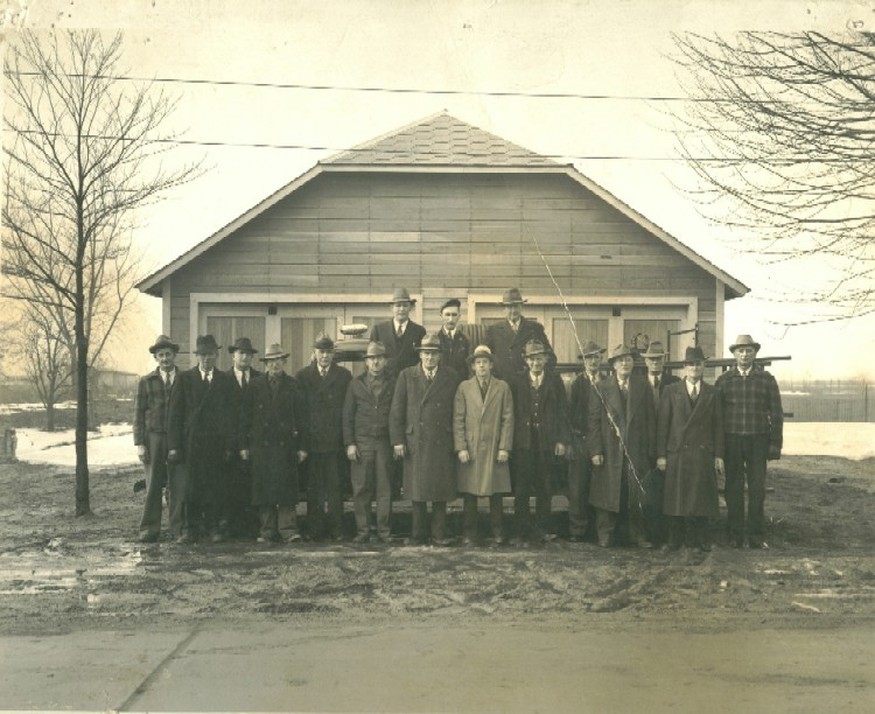 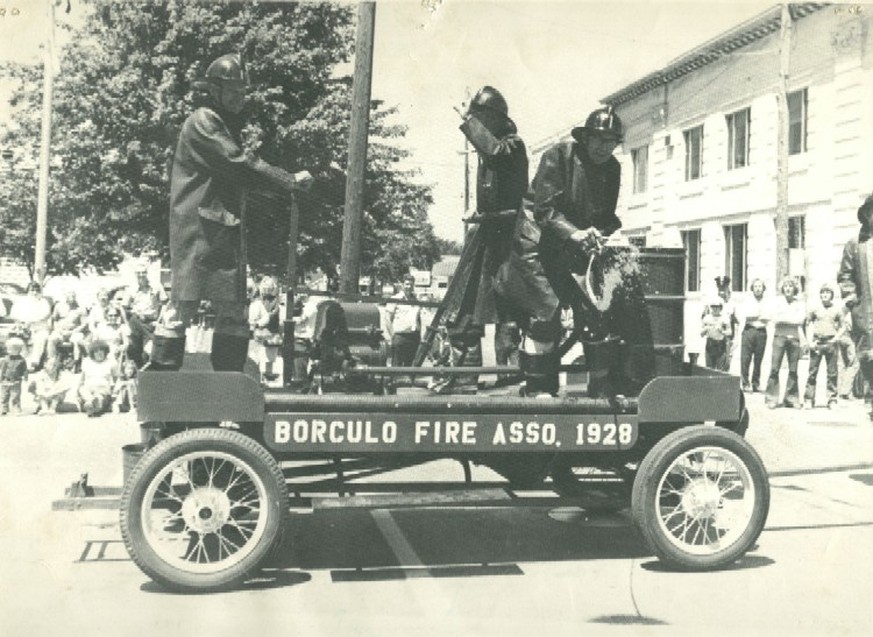 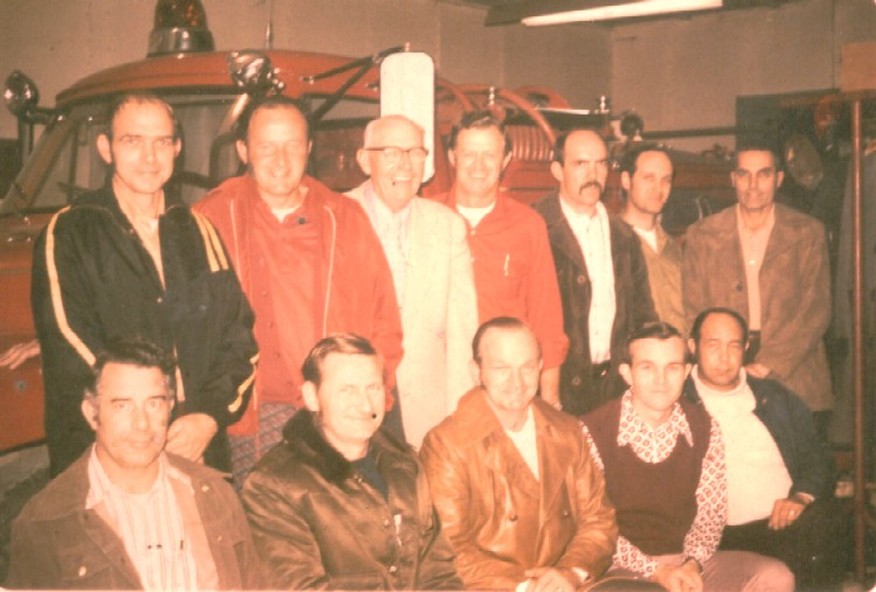 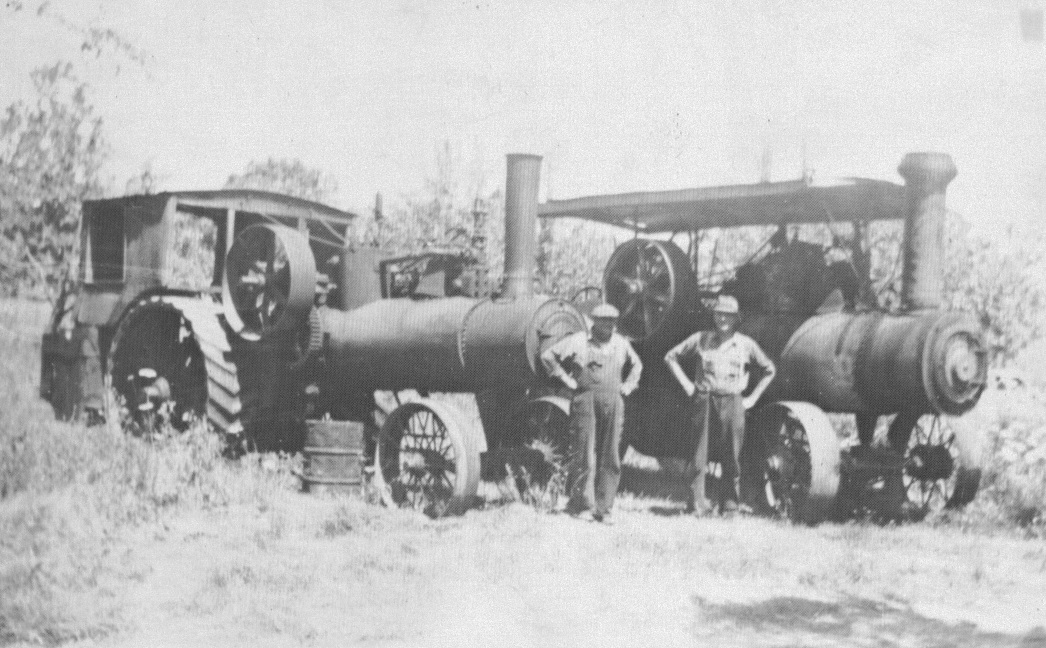 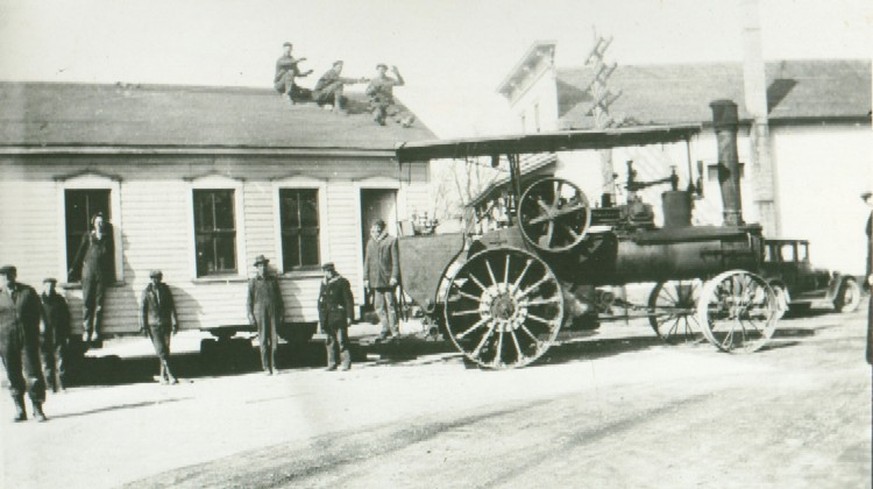 This building is being moved east on Port Sheldon past Vollink Bros. Store, and it ended up at the Borculo Church. 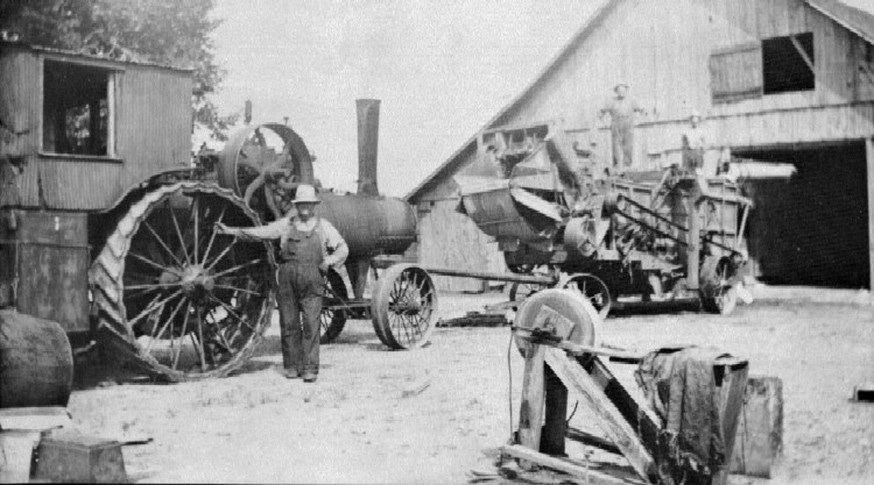 The threshing rig of Albert Bosch, who is standing in front of his steam engine.  The picture appears to have been taken at his farm as well. 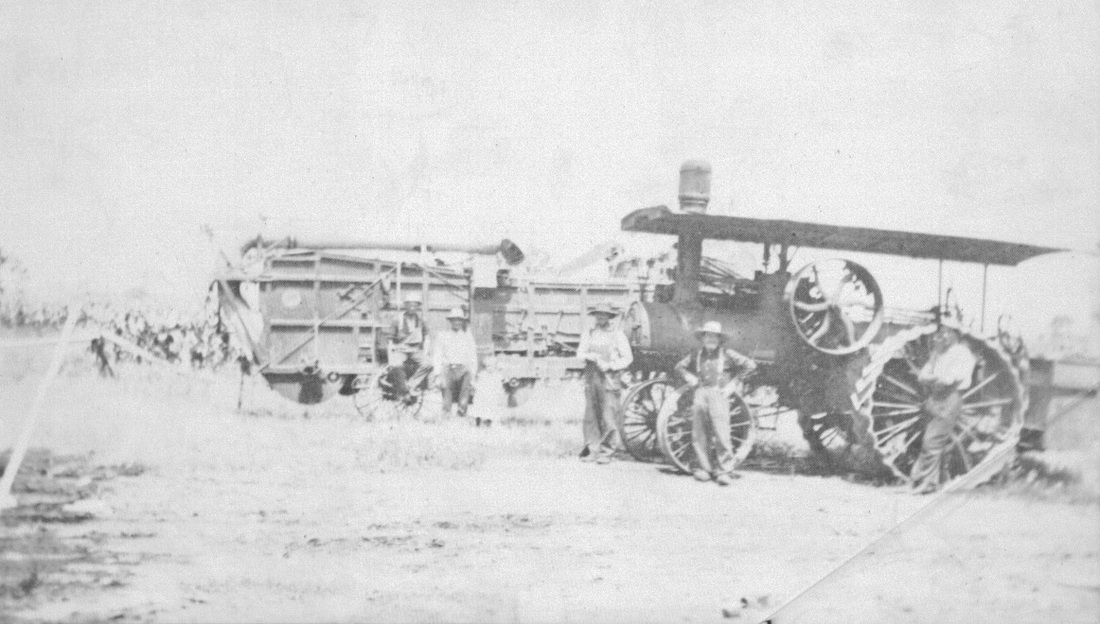 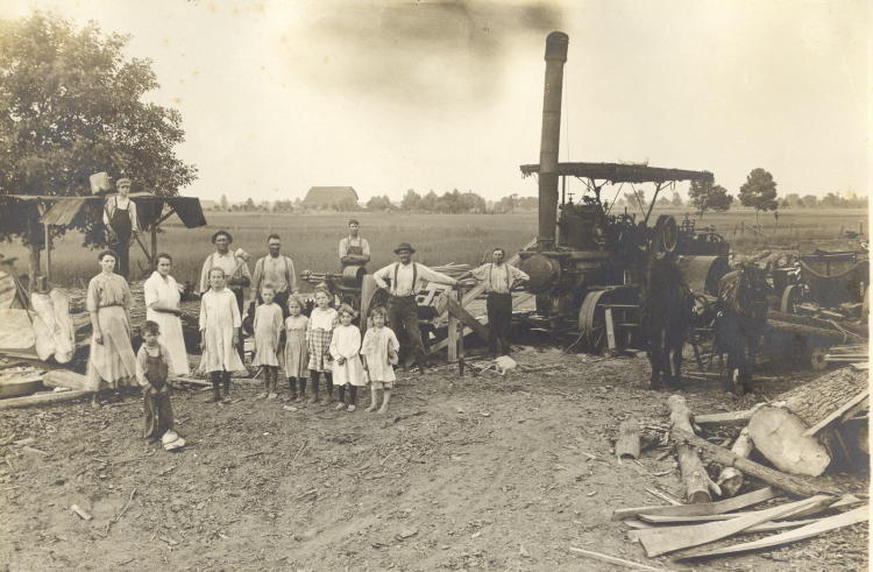 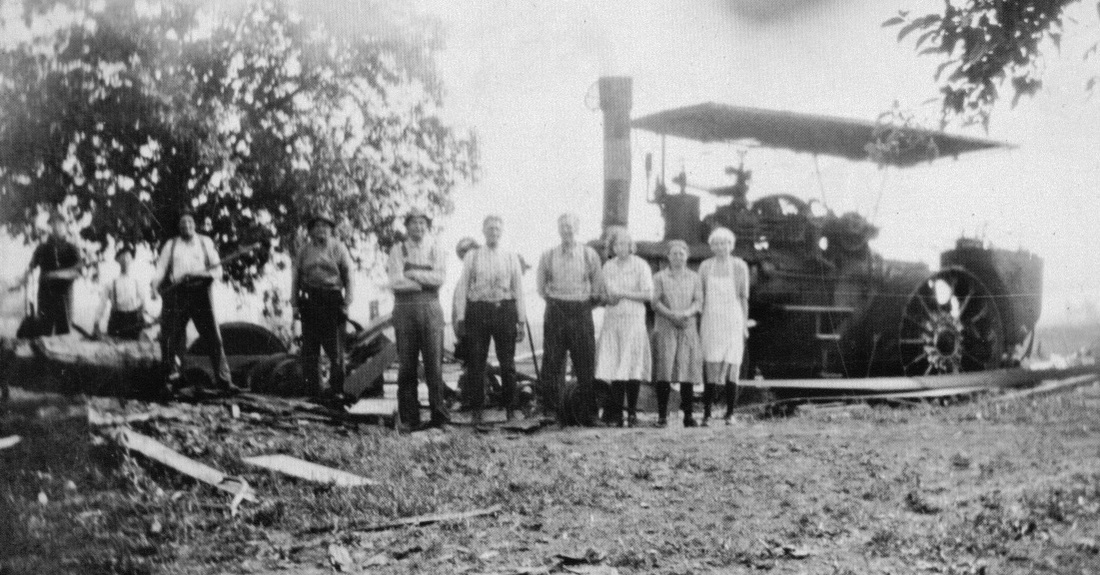 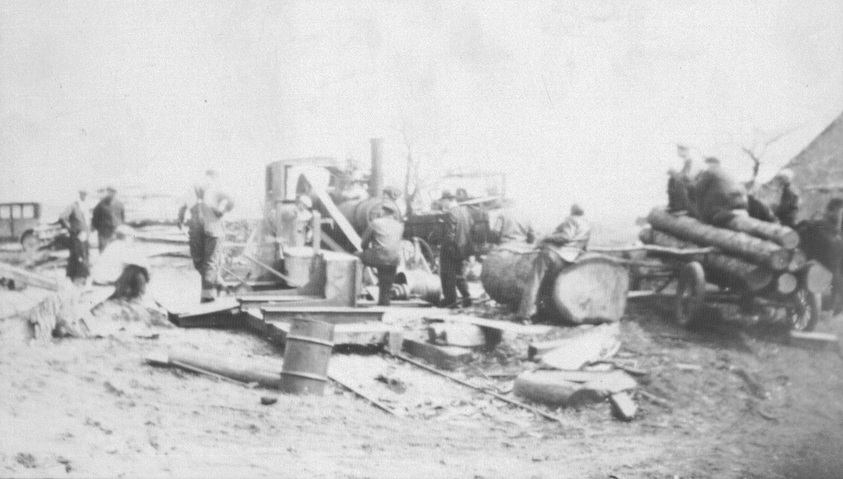 This looks like it may be a different sawmill than the first two.  It may be that this is the Gerrit Moeke sawmill at which the lumber was cut for the first Borculo Christian Reformed Church. 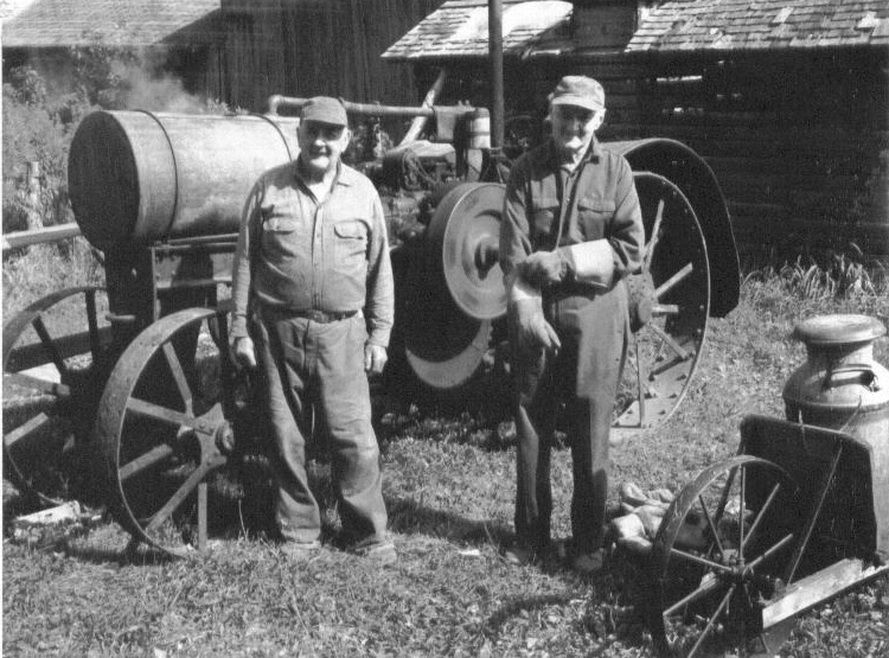 Albert Bosch on the left with one of his steam engines.  In the 40's I recall there being at least two old steam engines behind the barn. 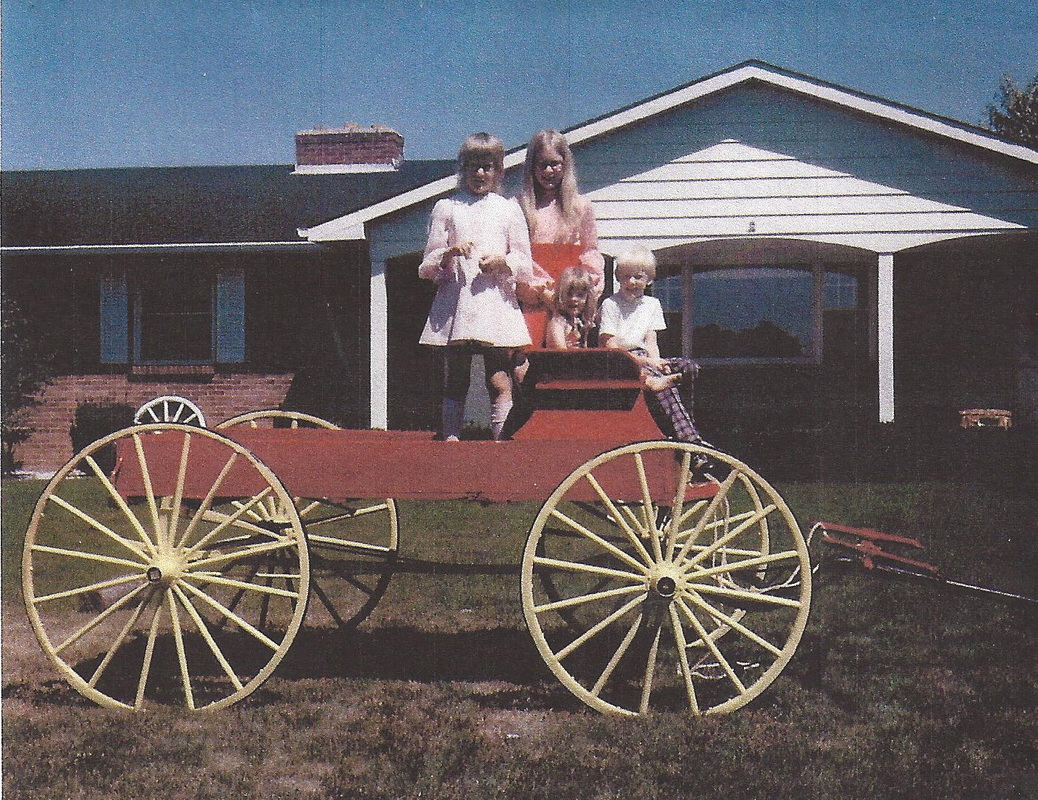 This buggy belonged to Albert Bosch and was purchased by Bob Essenburg at the auction of Albert's  property in 1970.  Standing on the buggy are Beverly and Gayle Essenburg.  Sitting are Cheryl and Karl Essenburg, all children of Robert Essenburg.  Robert keeps the buggy in his basement. 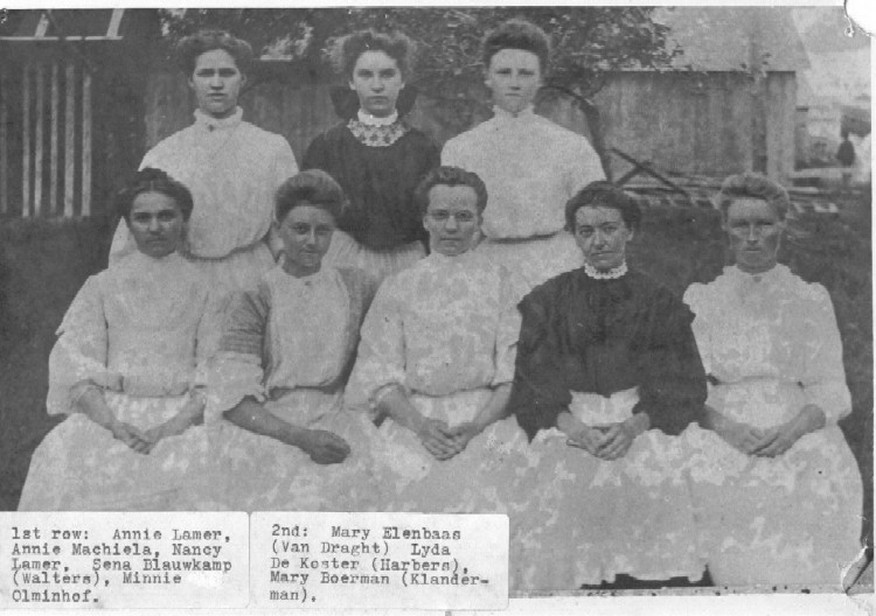 L to R
1st Row:  Annie Lamer, Annie Machiela, Nancy Lamer, Sena Blauwkamp(Walters), Minnie Olminhof
2nd Row:  Mary Elenbaas (Van Draght), Lyda De Koster (Harbers), Mary Boerman (Klanderman) I remember Minnie Olminhof in the 1940's.  At that time I am guessing she was in her 60's.  Judging her picture here to have her in her 20's, I am guessing this photo to have been taken around 1900.  Can anyone be more exact than that? Email me 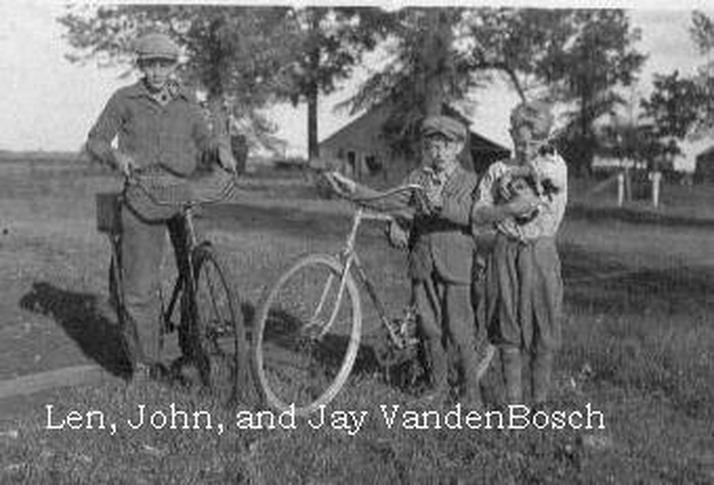 Len, John, and Jay VandenBosch at their farm on 104th St., just South of Pigeon Creek.  John later became "The Singing Cowboy" on WKZO radio in Kalamazoo. Jay became a doctor in Miami, and Len became a Vice President of First Michigan Bank in Zeeland.  Len's Memoirs can  be found on this website.  In the background is the Driesinga farm. 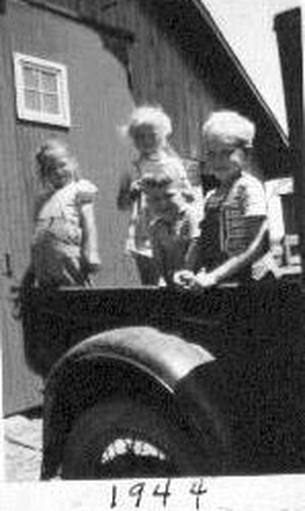 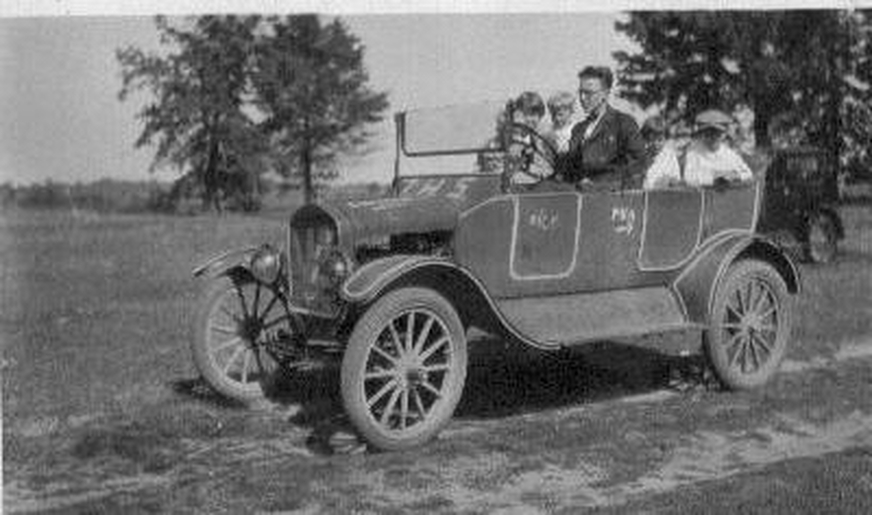 Borculo students off to school. 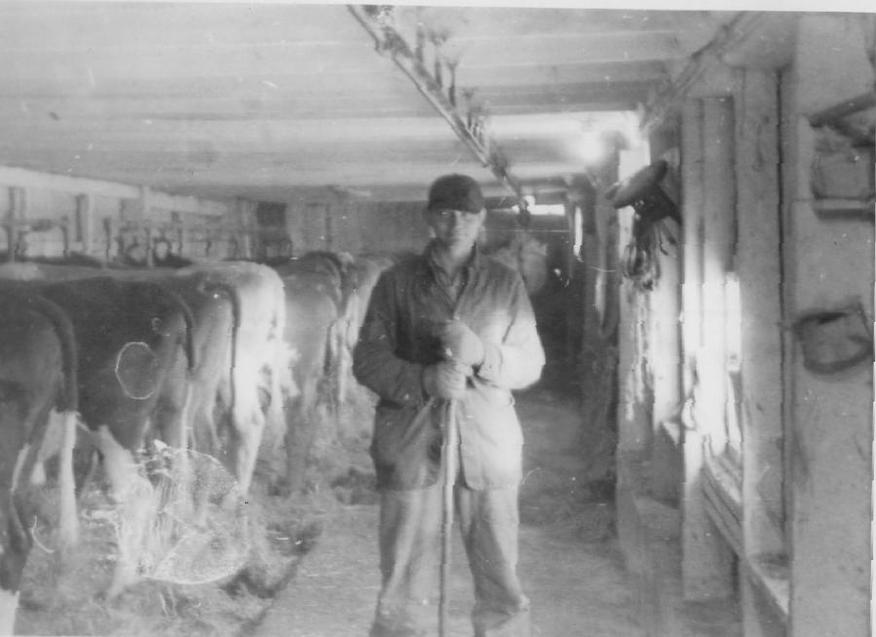 Bill VandenBosch, son of Peter,  working in the barn. 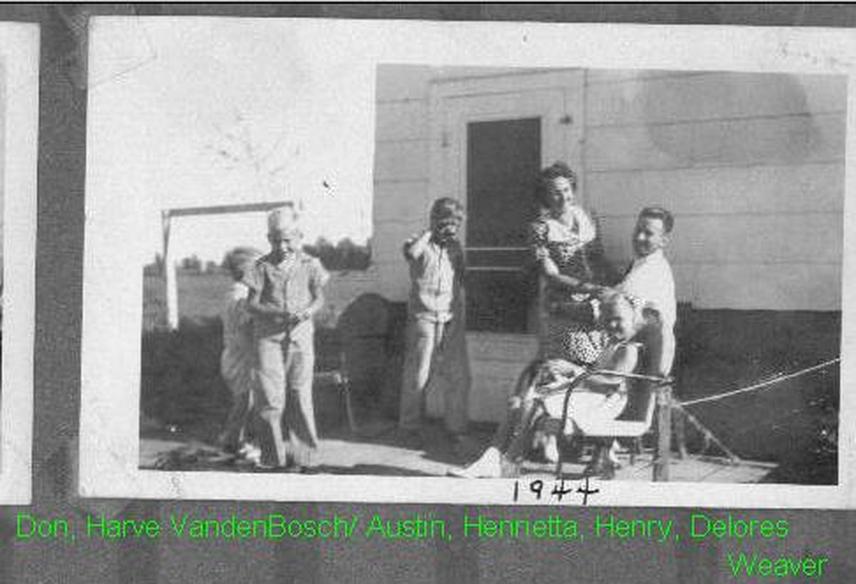 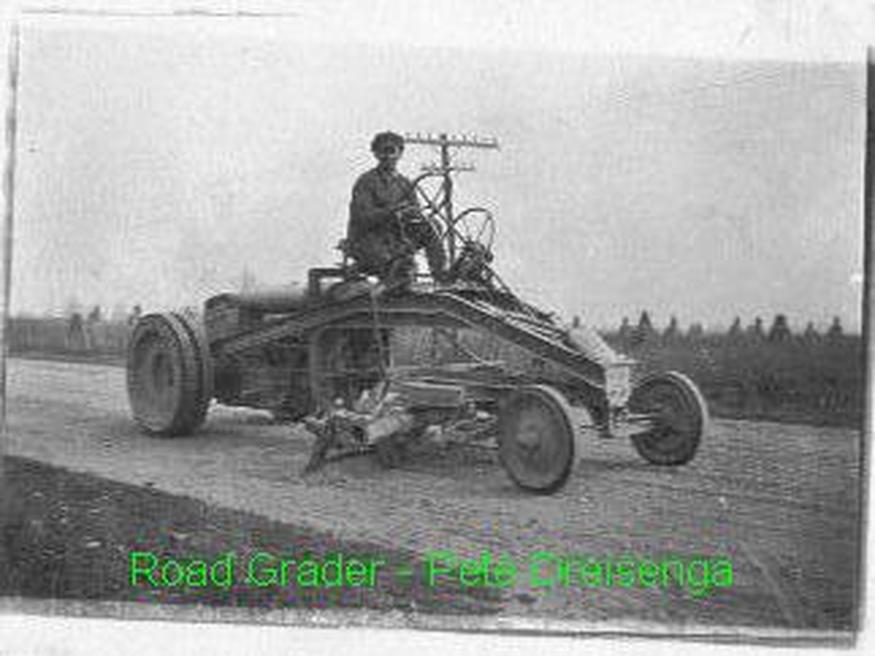 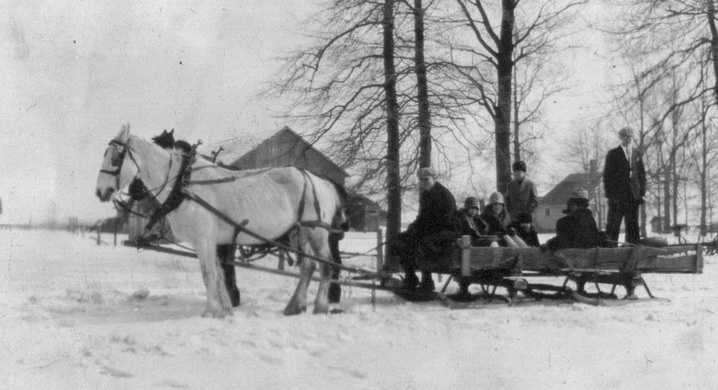 The Peter VandenBosch family is leaving their farm on the west side of 104th Ave between Taylor and Polk Streets to make the two mile trip to the Ottawa Reformed Church.  The Driesinga farm is in the background.  The picture was in the photo album of son George so I assume he is taking the picture.  Those in the sleigh are Peter, Helena, Bill, Marve, Mae, Len, Nell, Jeannette, John, and Jay (assuming the entire family attended church that morning.) 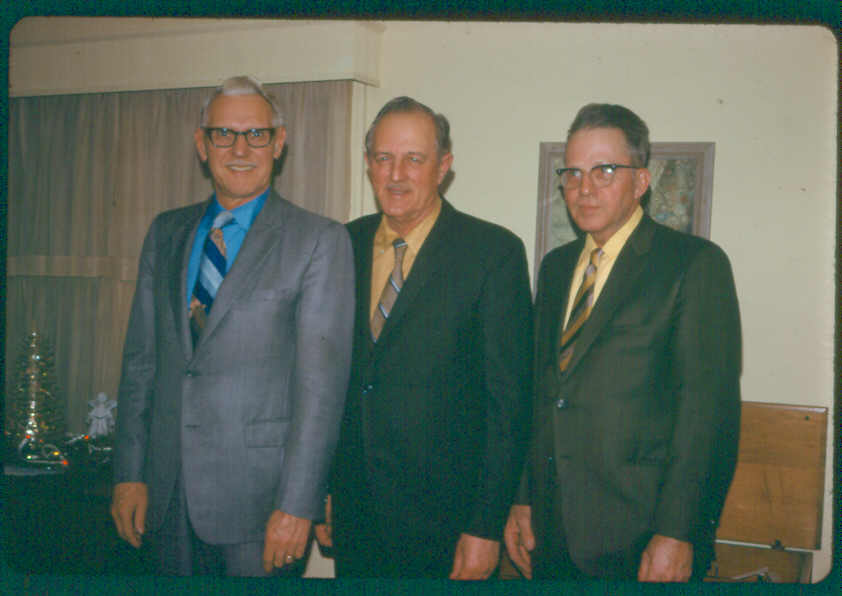 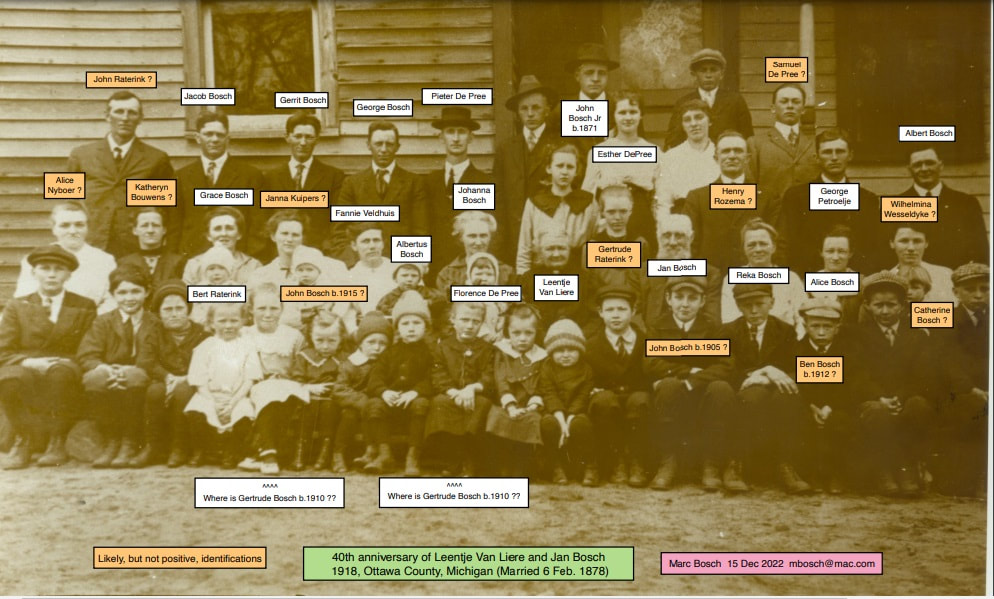