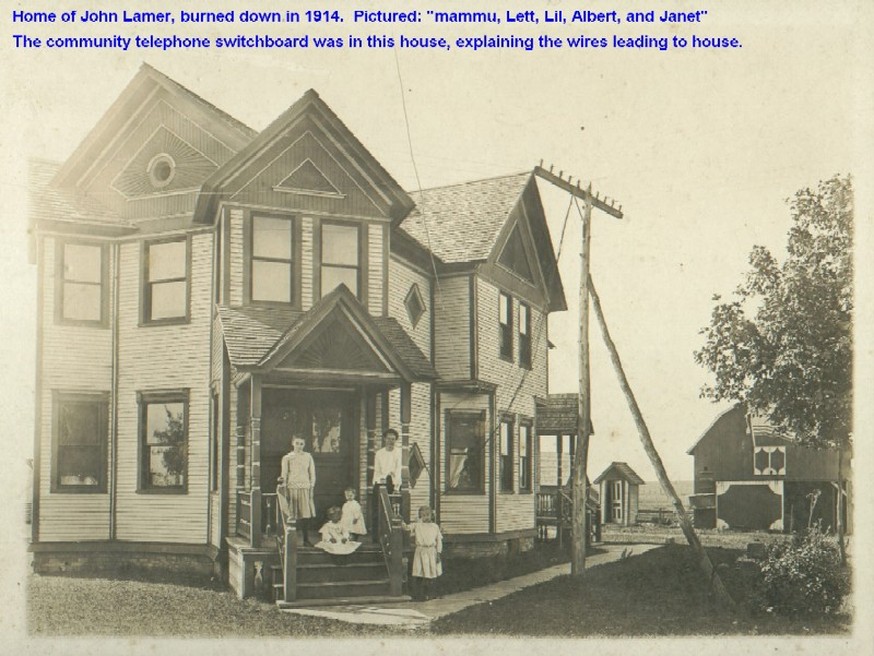 Fire destroyed this house of John Lamer.  Notice the phone lines feeding into the house.  The telephone switchboard was in the house. 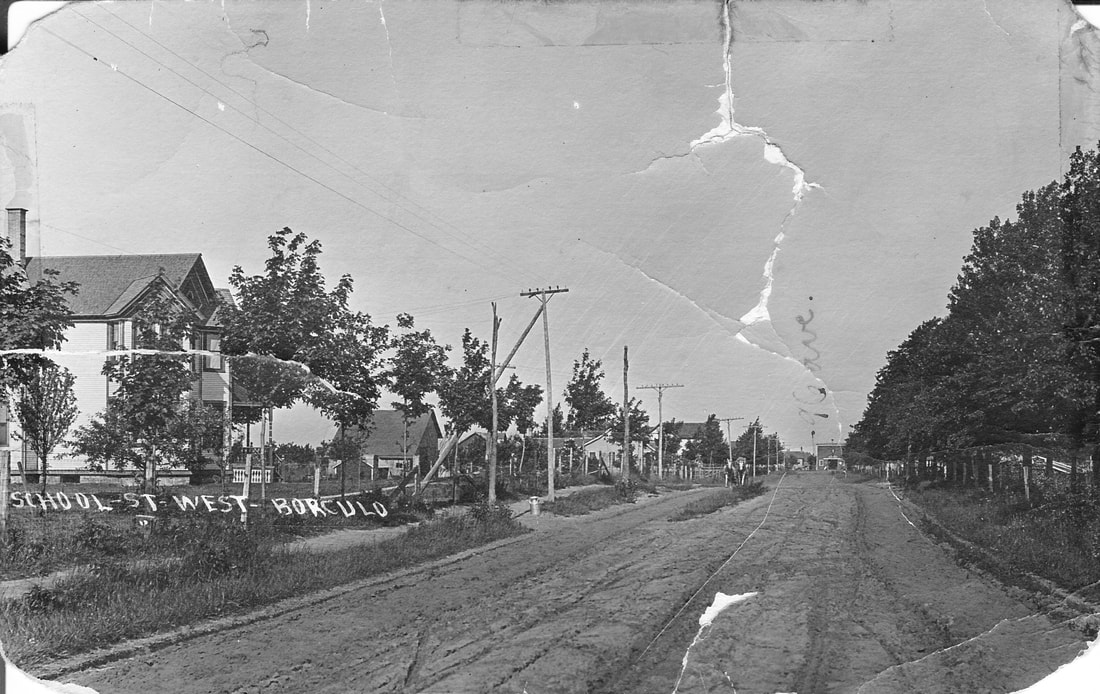 The first house on the left apparently is also John Lamer 's house before it burned.  The telephone wires lead to it.  The camera is pointed West down what is now Port Sheldon St.  You can clearly see the business at the end of the road.  Today I believe it would have the house number 9476.  The next house west looks like what is now 9512 Port Sheldon St., but an not sure because I was told that house was moved there.  This one must have been original?  At the end of the street looks Paul DeGroot's Blacksmith shop. 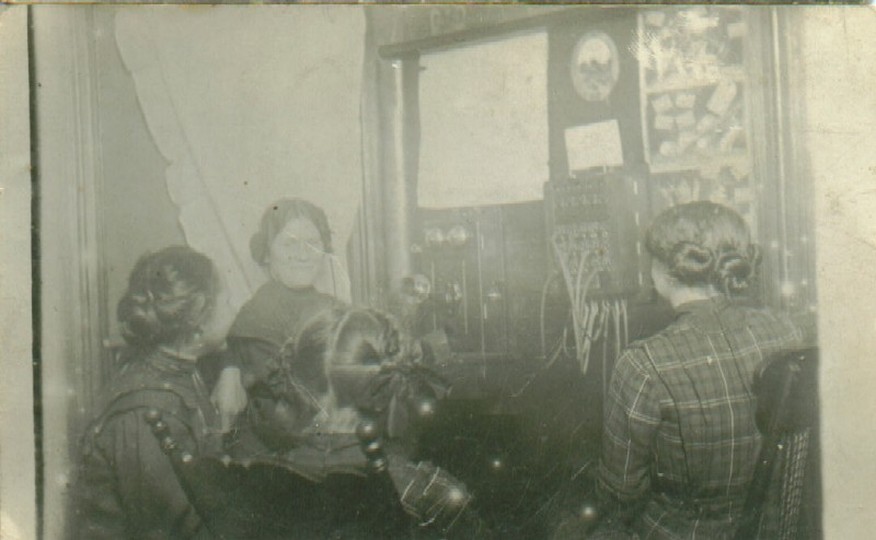 Although this picture should be in the "People" section, I show it here because it was taken inside the house pictured immediately above.  It is the telephone switchboard.  It looks like the entire community was on 10-15 party lines.  To signal a specific party on that line, the operator would plug her phone into the line, and dial a series of long rings and short rings.  Our signal was two long rings, and three short rings.  Of course everyone on the line heard the rings, and anyone on the line could listen in on the conversation. 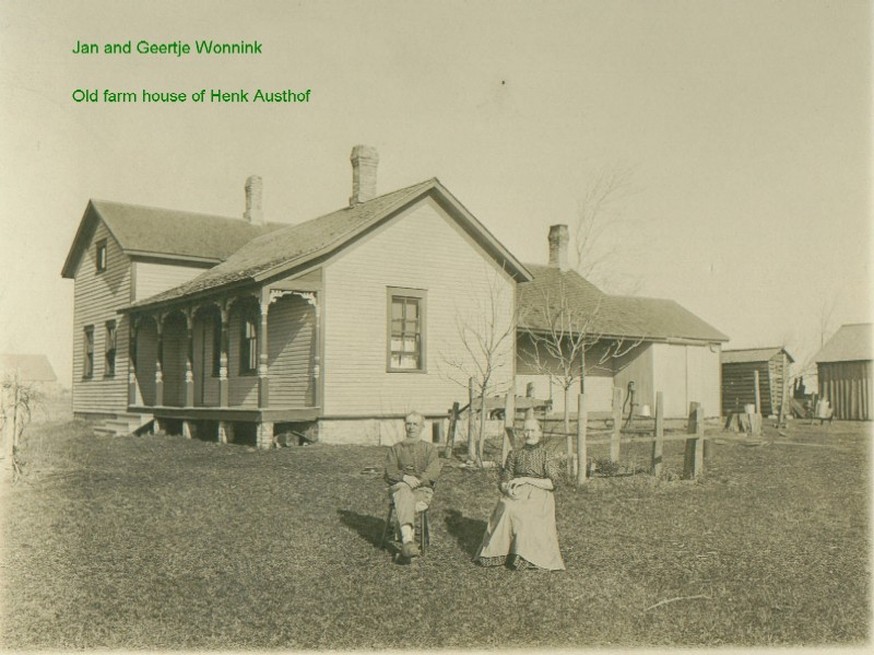 This is the old Henk Austhoff farmhouse on 104th St. north of Blair Ave.  Are those wooden shoes Jan Wonnink is wearing?! 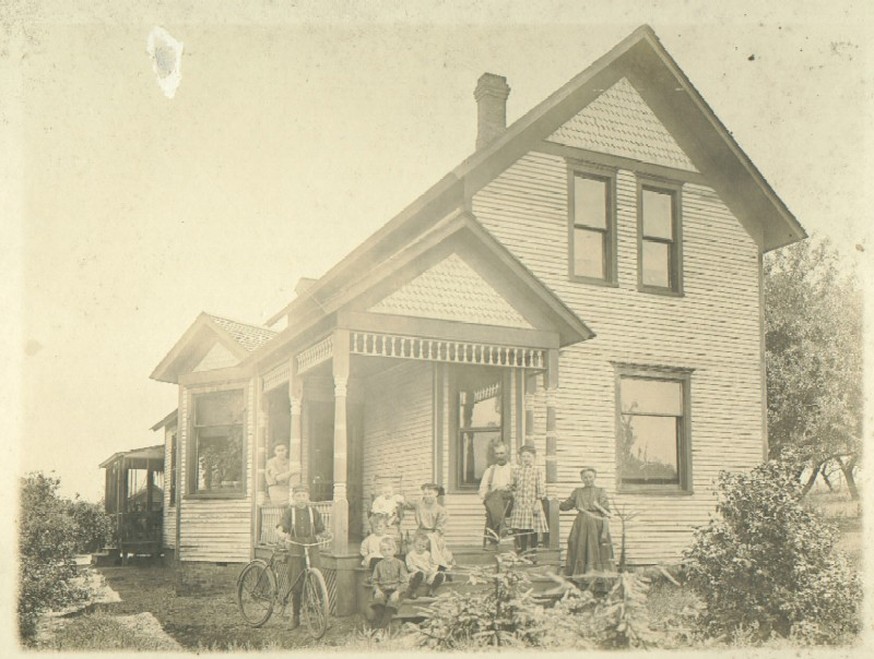 This is the Enno Kraai family in their back yard. 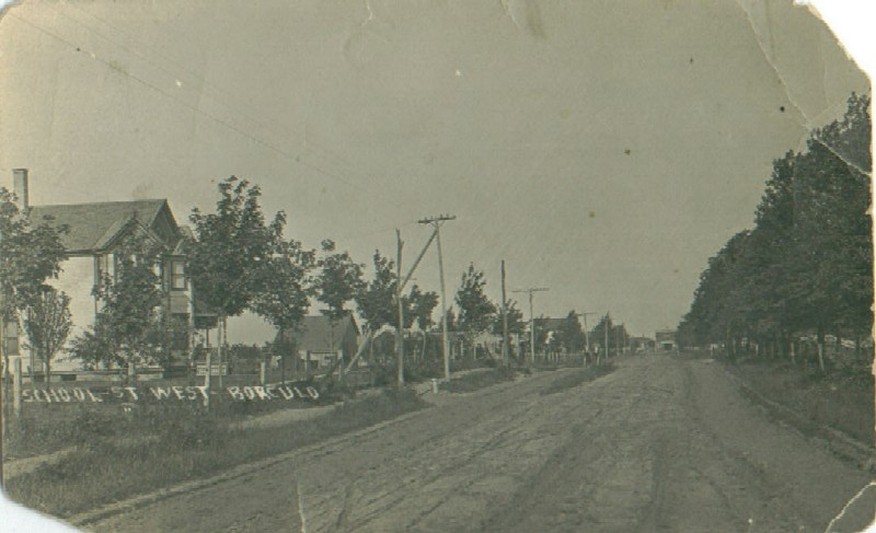 This picture and the picture immediately below were taken from approximately the same position, but a few years apart.  The house on the left is John Lamer's house which burned, and below is the house which replaced it. 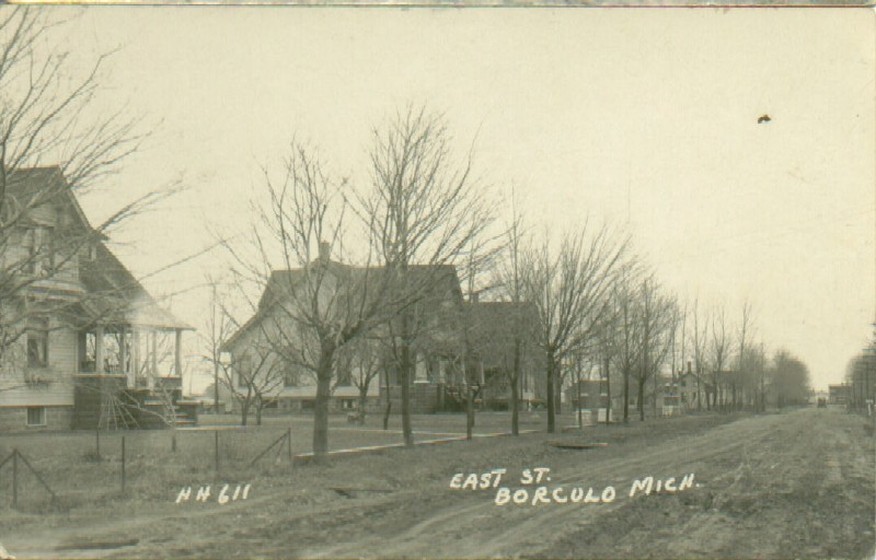 This picture was taken by someone standing a bit west of the Public School on Port Sheldon Dr. (here called East St.) looking west.  1930? Just a guess. The second house is the house John Lamer built to replace the house which burned. 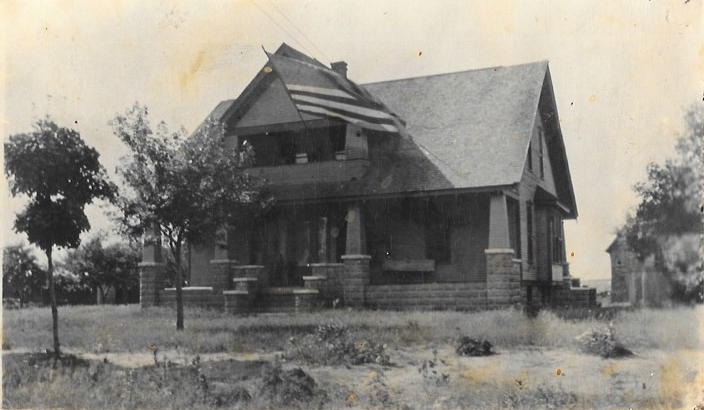 Another view of the Lamer house and judging from the size of the trees it was taken about the same time. 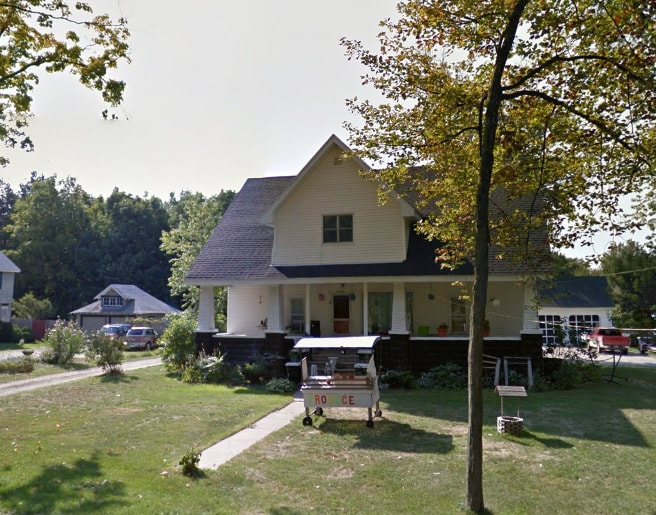 Still another view of the Lamer hause at 9500 Port Sheldon St.which I captured from Google Maps in 2018. 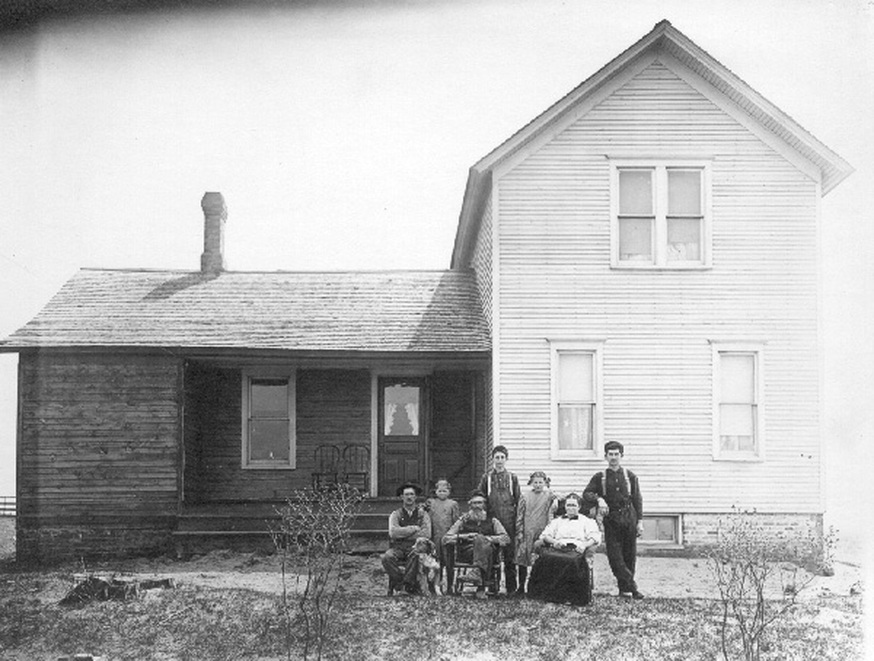 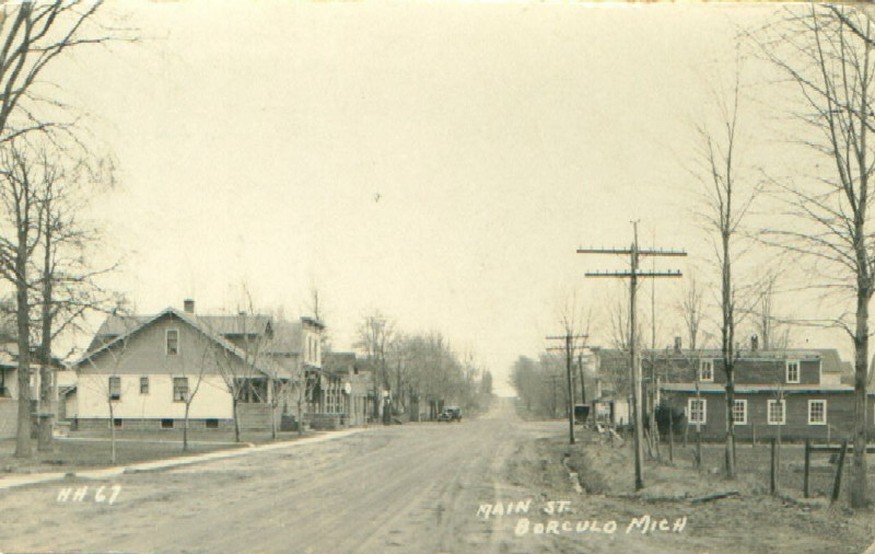 Standing about in front of the Borculo Christian Reformed Church, this picture looks south down 96th Ave.  The house on the left is of Lou Vollink, which was attached to the Vollink Bros. Store.  The building on the right was the blacksmith or harness shop.  96th Ave. is not paved in this picture.  I am guessing the picture was taken in the 1920's. 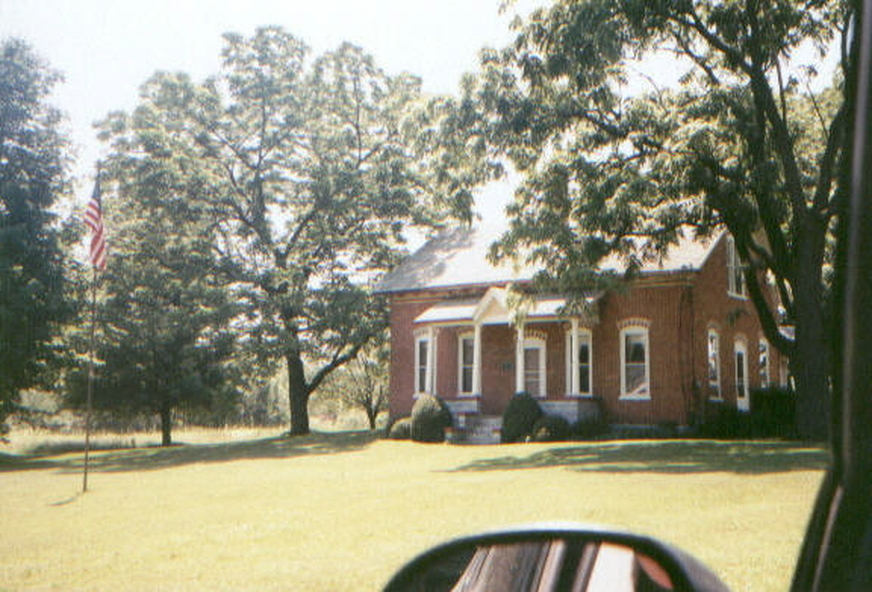 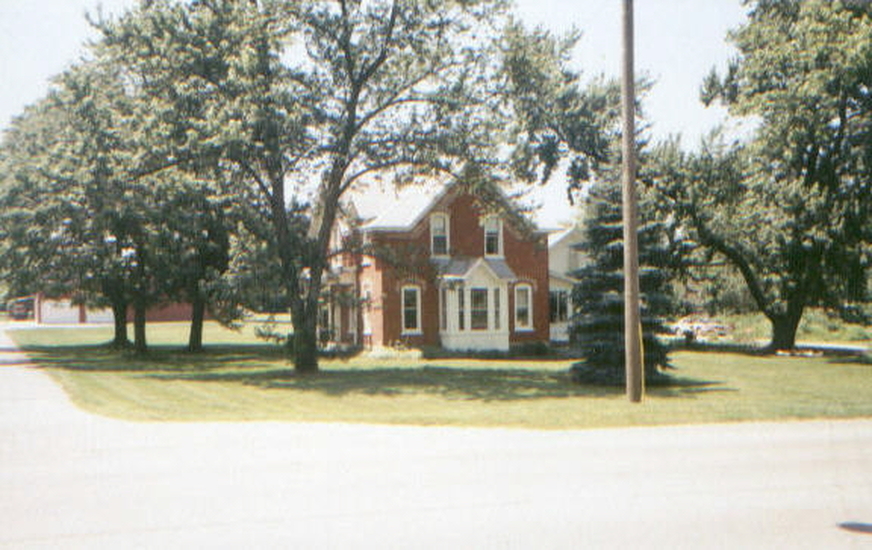 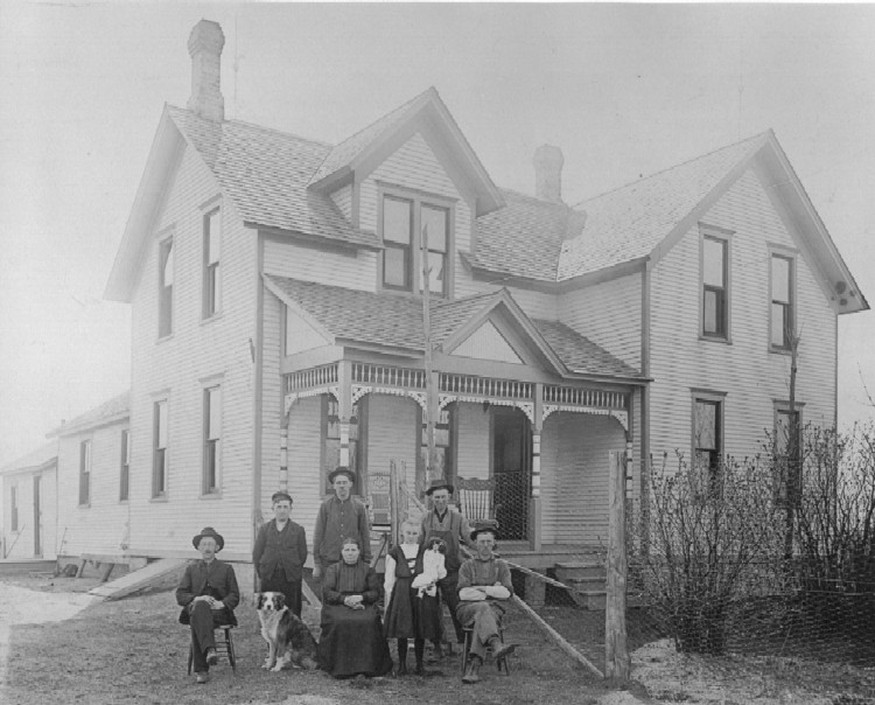 Sent to me by Eugene Talsma, this picture is believed to have been taken in the early 1900's.  It shows the 'homestead' of Gerrit Talsma which as of this year, 2003, still stands on 96th Ave., about 2 1/2 miles north of Borculo.  In the 1940's I recall Gerrit Talsma lived about 1/4 mile east of Borculo.  Pictured here are:
Standing, l to r -,John?, Marinus, and father Gerrit
Front. unknown man, Grandma, Maria, Richard 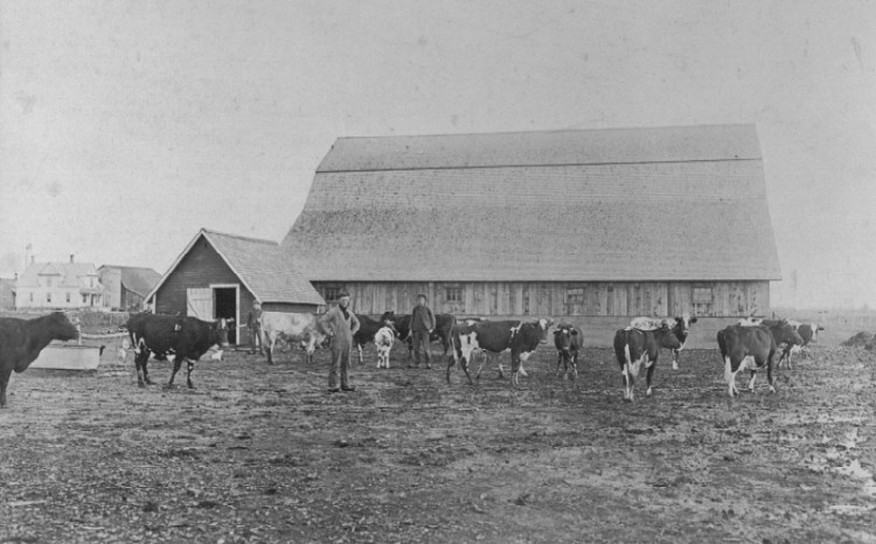 Early 1900's.  Picture of Marinus, Richard, and John Talsma (r to l) on their farm 2 1/2 miles north of Borculo.  Notice their footwear.  The house in the background on the left was owned by Vander Kooi at sometime in the first 40 years of 1900's. 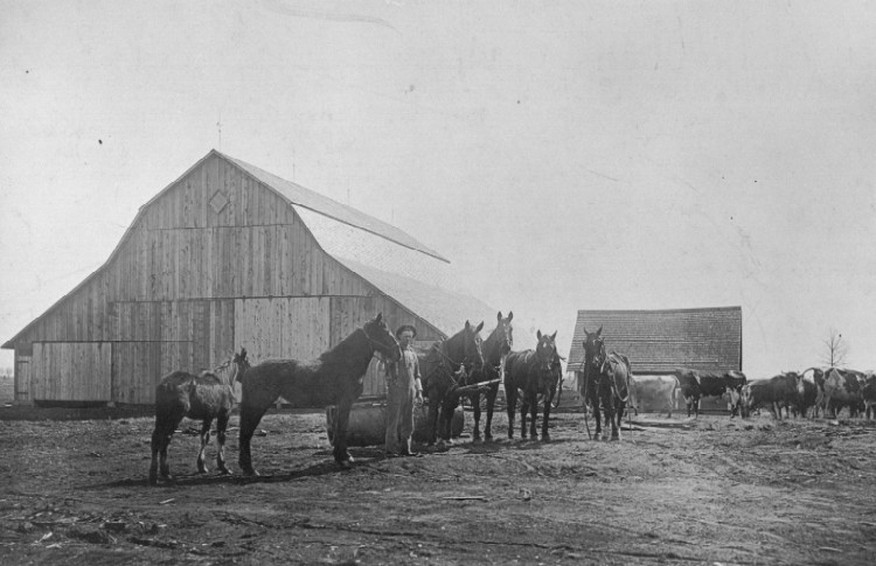 Same barn as immediately above, Richard Talsma stands with the horses.  The team of horses is hooked up to a roller which would break up chunks of dirt in a newly plowed field. 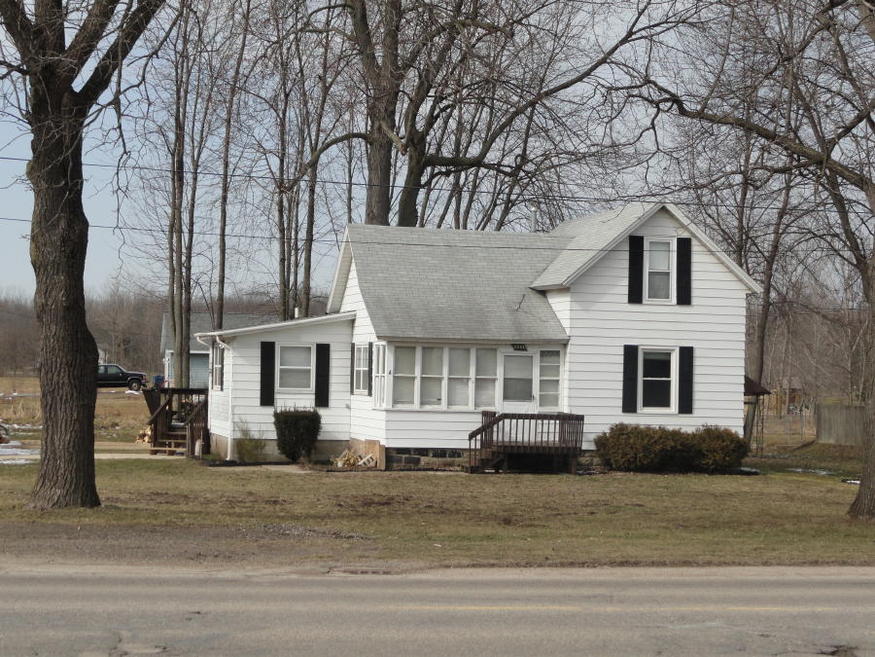 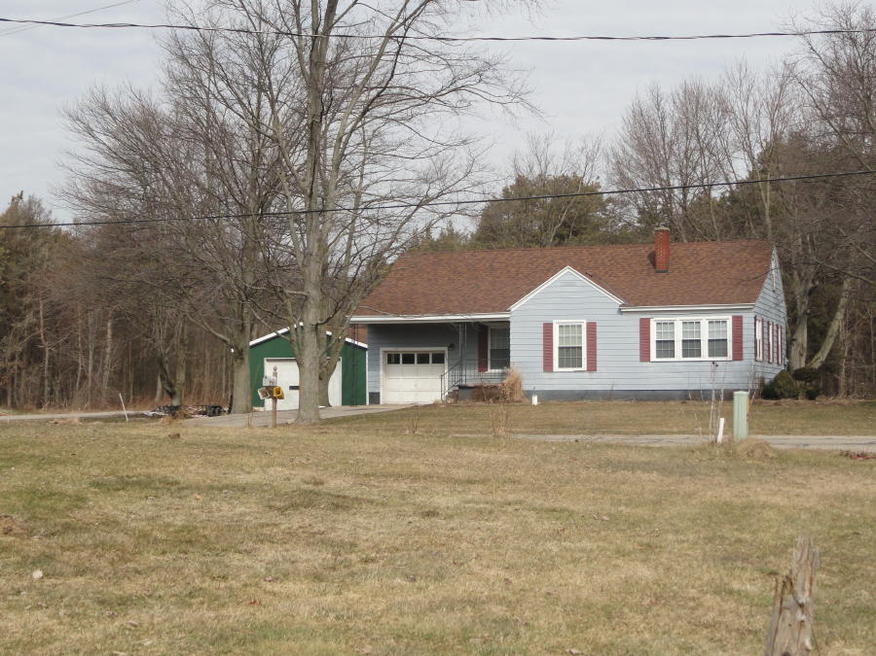